In my last post on Gamebook Theory, I covered the basic structure of any game (input - test of performance - feedback) and compared the mechanics of gamebooks to the ones in the genre of video games, ultimately arriving to the conclusion that choices are the only possible active gamebook input method. The rest of the input such as rolling dice, keeping track of stats, skillchecks or even flipping pages, I insist to move to the passive mechanics category, because they don't provide means for measuring skills or performance and therefore they don't allow the player to influence the outcome of the adventure one way or another (except if you believe that you are very skilled at rolling and re-rolling dice or keeping track of previous paragraphs, just in case you decide to change your decisions later, but I call all that cheating).

All that being said, we can summarize that choices are in fact the single most important game mechanic in the genre of gamebook adventures. The writer may have a great story to tell, but without meaningful choices in the course of the adventure, the book is not a gamebook, it is just a book with multiple endings. Of course, the exact opposite, bunch of choices without any story, is just as bad, because the player isn't provided enough information through narrative to be able to make a good educated guess about the possible outcomes of the decisions he is going to make during the game. Just like everything else in life, the goal here is to achieve good balance between narrative and choices.

I remember reading an article on writing gamebooks some time ago, which was listing the struggles new authors in the genre run into. To my surprise, I found out that most of them were having the problem of coming up with too many possible choices (up to 10 per paragraph) their readers had to pick from. Honestly, I've always had the opposite problem. It's always been difficult for me to create many enough choices, because I want every single one of them to result in meaningful consequences and therefore to provide a positive or negative impact over the course of the adventure.

See, the choices we can make in real life situations are practically unlimited. When standing in front of a door, a person could choose to knock on it and wait for response, they could choose to open the door and storm in, they could also choose to turn around and leave (especially if this is the office of the boss and the intention was to ask for a payraise), or they could even decide to start jumping in one spot (it sure doesn't make any sense, but it is still an option anyway). Of course, in a gamebook adventure, the last option wouldn't even be presented to the player as it is meaningless, because it, first, doesn't make any sense, and second, it doesn't change the course of the game in any way. I tend to believe that the option to 'turn around and leave' should also not be available to the player, because he's already made the decision to go to the office of the boss and the only question is 'in what fashion does he want to go in'. Even if a writer prefers to provide many choices with the intention to create the illusion of freedom, consider all the additional work he has to do in order to provide all the paragraphs for each outcome of those meaningless choices. That is a huge waste of time and writing space - a luxury most game designers are forced to stay away from. It is also worth mentioning that making a choice, which is changing the immediate narrative path without affecting knowledge, stats or the final outcome of the adventure one way or another is not a gamebook mechanic. What I am trying to point out is that choices which are ultimately neither good or bad create an interactive novel, not a game. If there is no way to fail, the experience is still there, but there is no gameplay. 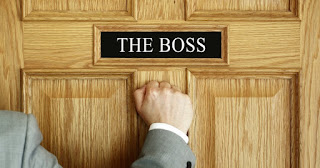 The decisions people make, in real life or during a game, situations like the one in the example above, are not related to the door itself. They would rely on previously gained knowledge and the expected outcome of each available choice. The action must depend on the possible consequences of opening that door (getting a raise or being yelled at, or fired even) and the statistical possibilities of the given outcomes (I doubt you would ask the boss for more money if your chance of getting the raise is only slim to none, while the possibility of being fired is much greater).

It is of extreme importance that the game designer provides enough information and presents multiple clues ahead of time, so the choices his players make are the product of strong logic and calculated risk, not the result of blind guessing. Then and only then, the final outcome depends on the performance and the input from the gamer instead of being the aftermath of pure luck. For an example, if the player finds himself facing a door or multiple doors, never mentioned before, there is no way for him to make an educated decision, weighting in advance the possible consequences of his actions. There is nothing meaningful in such situation. 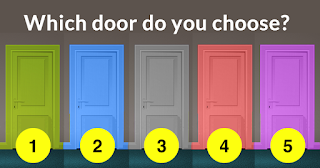 The main problem with meaningful choices, all authors run into, is the balance between not providing enough information (which door choice) and providing too much information (cake or death choice). Here is an example of [which door choice]: "You are standing in front of three doors. Only one of them will lead you to success. The other two lead to certain death. Choose one!"; And here is an example of [cake or death choice]: "You are standing in front of two doors. There is a Deadly Demon hiding behind the left one. Behind the right door you would find gold and glory. Choose one!"

The answer to the problem above is called applying some "fog of war". The game designer must hide the possible consequences and "only have the roughest outline spelled out", but should also leave enough clues buried in the text, so the reader is given the opportunity to apply his skills of observation, paying close attention, critical thinking, risk management, memorizing important details, educated guessing, weighting possibilities and drawing logical conclusions.

When the "fog of war" is applied appropriately, the choice becomes a "Logical Conclusion Choice". 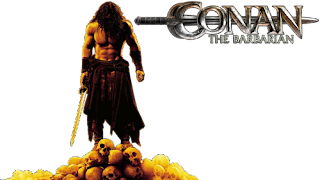 My favorite example of a Logical Conclusion Choice is one, which I found more than 20 years ago in the fantasy style epic hero gamebook "The Master of Darkness" published in Bulgaria by George M George (a nickname of George Mindizov). My protagonist found himself in the middle of a wide open field. There were mountains with carved in caves standing proud far to the west and there was a dark, almost completely black, thunderstorm front approaching very fast from the east. The choice was between running for the mountains, so the hero could take shelter in a cave or hiding from the rain under a tree with thick crown, which was standing alone nearby. My logic was to avoid getting soaking wet and possibly ill from the cold rain while fleeing to the cave, so I decided to wait out for the storm to pass under the tree. I learned a very valuable lesson: Lightnings hit the tallest objects around and very unfortunately for my protagonist, that was the same tree I sent him to. Needless to say, that was a gravely mistake and it resulted in the instant death of the hero (see, no self-respecting author will make their reader lose 50 points of health when hit by a lightning - this is a total annihilation event) and while I was upset about the mistake I just made and the punishment I was forced to suffer, I felt that it was fair, justified and completely deserved. The immediate danger of being hit by a lightning wasn't even mentioned in the text at all, but I should have deciphered the 'fog of war' hint in the word 'thunder' before the word 'storm'. The instant death punishment was very logical under the existing circumstances.


Please keep in mind that not every single choice in a gamebook should be a Logical Conclusion Choice, because that would make the readers feel like they are taking a test in school instead of enjoying a good compelling story of a great adventure, but there must be a good number of Logical Conclusion Choices present throughout the book, so the player is kept in full control of the final outcome and ultimate victory.

Remember, the author should never take away from his readers the satisfaction of feeling that success is direct result of good performance, not random guessing and pure luck.

This is all for today, but I promise to give you a very detailed guide of how to create Logical Conclusion Choices step by step in my next blogpost here on LloydOfGamebook. Until then, as Stuart likes to say, 'Happy Gamebooking!'

Peter Agapov
Game Designer at AugmentedRealityAdventure.com
President and Chief Executive Officer of American Limo Naperville
Former Road Captain of Marine One at Operation "Welcome You Home"
Posted by Peter Agapov at 10:20 AM No comments: